As the dictionary meaning of Alligation (mixing) , we will deal with problems related to mixing of different compounds or quantities. The concept of alligation and weighted average are the same. 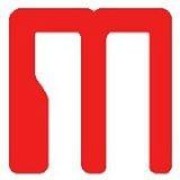